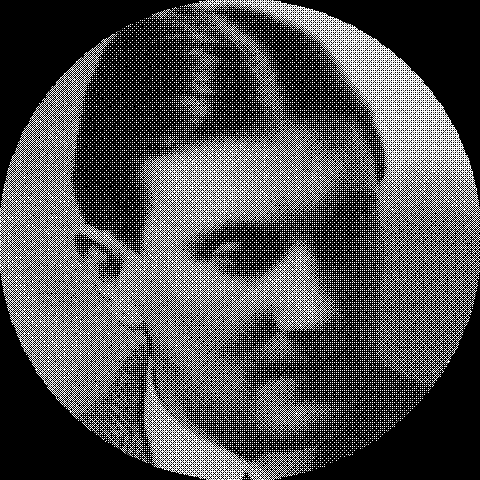 The timeless modern web experience (minus the creepy parts)

Note that these projects are intended for viewing content, not so much for active participation. You do not need to run javascript to use either of these.

A friend of mine raised a good point regarding the open sea which is the internet and its various corporate enclaves. "I may not like what they do, but I'd still very much like to know what they do so that I may know where they'll strike next."

Similarly to my short guide on the luakit browser, I will not play the part of a privacy advocate. While the primary reason why you should know about the following projects is undoubtably concerning your privacy, there are other more practical cases.

Maybe you do find some malevolence in the fact that someone is still attempting to construct your perfect copy that may be studied in an effort to serve you tailor-made content despite you refusing such services, but maybe, in a much less tinfoil-hatty approach, you'd simply like to view someone's tweet without the need to register an account of your own or visit a reddit thread without downloading half the internet. Or you're like me and watching a video on youtube sends you down its algorhytmic spiral - once you finish watching the sixth recommended video that you don't really know why you watched, you don't even remember what you were watching in the first place.

I write this from the perspective of an old tech enthusiast who refuses to be 'gatekept' by awful internet practices, dopamine overloading web design and blatant disregard of basic functionality.

The fundamental purpose of the internet is to serve text. Someone should inform its new generation of architects.

Disregarding the culture of reddit itself, its not-so-recent reimagining of what the user experience should be clearly sent a message to its authors, since old.reddit.com still exists and does everything the new one can, while retaining the vastly superior user experience and simple web design. Alas, the only reason you should be using old.reddit is if you have an account of your own which you use to post. For everything else there is teddit.net.

teddit is an opensource project that works as a front-end to reddit. What it does is serve you reddit content without the need to use reddit whatsoever. But it is not just a reddit browser! It can locally store your subscribed subreddits so that you may customize what is shown to you.

You're changing 4 letters to get a javascript free, tracker free, poor-ui free reddit experience. Now that's not a whole lot of work for such a trade off, if you ask me.

A pattern emerges which makes all the services I mention here extremely handy and easy to use.

To keep things short - nitter.net does very much the same things teddit does, only for twitter. Want to visit a twitter link? Change the twitter.com/ part of the URL to nitter.net/. Use it for profiles of your favorite tweeters, use it for direct links that your local news station posted as a source of their recent claims, use it to read replies to a tweet that would otherwise be accessible to you only if you had a twitter account, use it to not use twitter.

The best for last? invidious is THE front end to youtube. Not only can you safely watch any link to a youtube video you come across, you can create an account and subscribe to your favorite creators. invidious is highly customizable and will offer you the perfect blend of functionality and distraction free experience. No algorhytms here mean the related videos will stay related to the video you're watching. There are a bunch of other useful tools invidious offers, but I leave that to you to discover.

Unlike nitter and teddit, invidious is a project that exists in many independent instances, hosted by freedom enthusiasts. You could host your own or pick one of the many from the officially curated list(see Resources below).

Just to make things clear - you have a youtube link:

replace the youtube part with the instance of your choosing. ie:

If you're like me, either a degenerate or a minimalist, you will appreciate that these projects are the perfect matches for text browsers such as my all time favorite links.

Through perpetually rising dependance on technological miracles, the computer addict has since evolved and interbred into the average denizen of western society. Gone are the days of denegenative television anchors cursing the younglings for their obsessive relationship with digital screens, since with the progression of time and further advances of technology even they became enamored by the ever present pocket computers that have revealed their addictive mechanisms to all but those who willingly and laboriously form the avantgard of backwardism.

The illustrated life of a computer addict goes to portray the average western person as a well-adjusted soul with access to a seemingly unchecked tap of information in its pocket - a very romantic perception on its own, in which mankind has evolved above the struggle for survival and became a technocratic civilization of demi-gods. But this Nietzchean perspective is flawed. Some would gladly proclaim that the age of progress has reached a point, where none ought be denied access to personal computing and the demi-godness in shape of a rectangular computer boasting access to the internet as a universal right for all the breathing peoples, but as is natural with any opinion birthed in the minds of men, the utopic surreality of flawless cyber civilization breeds the opposing thought of villainy - the pervasive thought of inherent evil within progress of any kind. The steam engine ruined lives of paddlers all over the world just as the internet will eventually reduce the majority of human activity to monitors. It is therefore understandable why our age sees the resurgence of socialistic thought, as it is becoming more and more obvious that we as humanity find ourselves on the path that ultimately leads to the unemployment of milions on account of our collective betterment - due to there not being a need for human work anymore in various fields that stand to be replaced by automatisation.

The Old Computer Challenge sought to test aging hardware against the needs of a modern person. Clearly it has become apparent that the growing technological advances and the greediness of capitalism renders the hardware of yesterday obsolete at an expontential rate without any need to tie a 512MB cinder block around one's ankle. Surely one could find individuals, who'd praise the Old Computer Challenge with laurels of admiration as they shake their heads and exclaim: "I couldn't do it!" just as surely one could find those, who'd shrug their shoulders and present you with a list of 10 commands, saying: "this is all we had in 83', challenge yourself to survive with ed alone." While my first Old Computer Challenge post did open with my relation to self-flagellation, it's important to note that it was not my aim to perceive the challenge as a punishment or a 'see what it was like 10, 15, 250 years ago,' or to complain about the business practices of the proverbial 'Big Tech,' or the despairing state of the bloated internet, but rather as a probe into the commonplace time-wasting activities and their compulsivity.

Most notable factor throughout the reports of the challengees was the instinctive desire for stimulation through media, notably video watching. 'How to stream videos on hardware that won't handle modern browsers' was a pervasive topic. This alone would be enough to rile up the backwardists with various envangelical symbols around their necks with proclamations of doomed future generations and the enslavement of human kind to technology. A point which does ring plausibly, lest one forgets the basal human instict - the universal desire for satisfaction. Only the most naive would opose the reality that describes the founding stone of civilization and all of human life as the act of procreation, while the remainder of our time is spent either avoiding said fact through the aforementioned time-wasting activities, that we may forget the animalistic purpose of our existence, or through work and self betterment in order to raise the prospect of better or more sexual partners.

It is not the fault of the computer, which stands behind the seeming degeneration of man. In fact, one comes to realise, there is no degeneration at all. Much like the television or books once did, the act of preoccuping the mind with arbitrary problem solving or chemical stimulation only evolves along the technological progress to shield the common man from the reality of human experience - the enslavement not to films, gaming or music, but to the sexual libido. People don't read as much not because they are reduced to mindless drones, but because technology has presented more accesible alternatives for casual time-wasting. Although perhaps jokingly, a point was raised during the challenge in the IRC space in regards to using insufficient hardware: 'What about porn?' While coated in satire, it presents the fundamentality of human relation with the every day struggle nonetheless.

The Old Computer Challenge only reminds us of the fast pace by which technology advances and aims to consume every individual, despite their skill to operate computers. One does not need to be a prodigal child to get by with a single core processor and two sticks of 256MB of RAM in 2021, as long as they know their way around. You could come across people cursing their state of mind, along with other unsatisfactory traits, when comparing themselves to the past. However, very little has changed in the grander scheme. Curse not the state of your concetration - turns out technology made it that you do not need it anymore.

Tune in next time to find out how your lust benefits the well-being of humanity.

How to gain the attention of a woman passing by: Santa gifted me 7000 followers for my 9th birthday!

But mom, I don't want to dance Did you turn 13 yet? Now move your tiny butt "I'm a modern artist - I turn trash into snails."